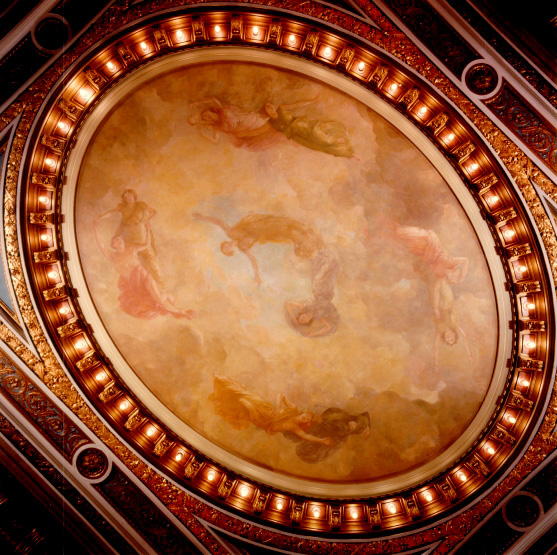 
“The mural symbolizes the principles of law that serve to harmonize the universe. Good and Evil are in the center, surrounded by storm clouds with light and dark depicting the changing phases of nature. Good soars free and victorious; Evil looms veiled and defeated. A cycle of four laws revolves around the pair. Law of Love appears as a mother ministering maternal love to her child. Law of Self-Preservation is depicted by a chief figure warding off impending danger. Law of Life and Death details Death pursuing Life, who soars unaware of Death’s swift approach. The fourth group, Law of Evolution, is represented by two figures rising out of darkness toward light.” 1